Food and Heritage: Connections Between S.C. African American Culinary Traditions and the Green Book of S.C.

Connections Between S.C. African American Culinary Traditions and Sites in the Green Book of South Carolina

Many of the food traditions of South Carolina are rooted in the history of African Americans in the Palmetto State. Many cultural sites listed in the Green Book of South Carolina mobile travel guide bear strong connections to these hallmarks of S.C. food culture. Here are a few notes:

Rice, which had been harvested and consumed by people on the Asian and African continents for centuries, was introduced to America in 1685. Although colonists had already identified the low-lying marshes and tidal rivers as ideal for growing rice, the enslaved people brought to America from the west coast of Africa taught them advanced harvesting techniques that allowed them to mass-produce and make rice a cash crop.

There were rice plantations all over the South Carolina Lowcountry, including Hampton Plantation State Historic Site (which is mentioned in the Redcliffe Plantation State Historic Site entry) and the Cooper River Historic District including Cypress Gardens in Berkeley County. These plantations were built alongside inland brackish rivers. The one-pot dishes associated with the type of rice grown at these places are as follows:

This dish is still served often at Penn Center in Beaufort County. It is a typical one-pot meal made from “whatever you have on hand” that traces to the early 20th century. There are no frogs in the stew; it’s simply named after the town of Frogmore (now called St. Helena Island) and is also known as Beaufort Stew or Lowcountry Boil. What’s in the pot are red-skinned potatoes, corn on the cob, sausage, shrimp and a delectable combination of spices.

Vegetables are a major part of the Southern African American’s diet. Just about any Southern dish, including fried okra, fried green tomatoes, and collard greens with smoked meat, can trace its roots to the cooking habits of African Americans in the South. Great places that evoke this culture are McLeod Plantation in Charleston, Eliza’s House at Middleton Place, any of the AME and Baptist churches on the list, and Boone Hall Plantation in Charleston.

This is a Daufuskie Island delicacy. It’s a meaty mixture of crab, spices and peppers pressed back into the shell of a blue crab and then baked. Often served with coleslaw. Explore Gullah cooking further with legendary S.C. chef Sallie Ann Robinson, who grew up on Daufuskie Island. 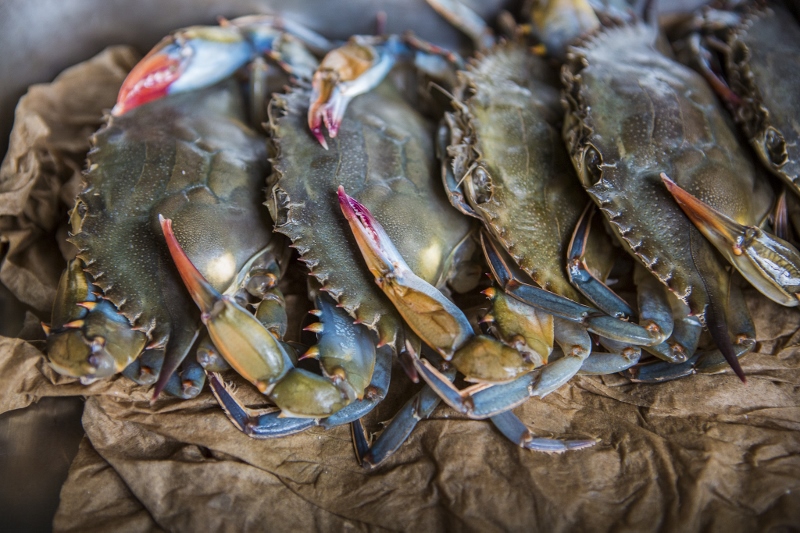