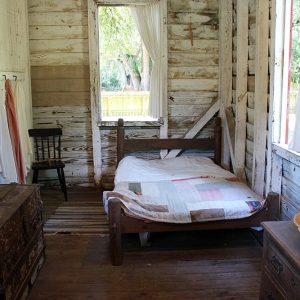 Eliza’s House is a small frame building named for Eliza Leach (1891-1986), who worked at Middleton Place for more than 40 years and was the last person to live in the house, and is one of several structures on the grounds that interprets African American life. The original occupants of the house are not known, but in the 1880s it was apparently the home of Ned and Chloe, former slaves of Williams and Susan Middleton, who worked on Middleton Place. The plantation chapel, a room above a spring houses dairy, was used by slaves as a house of worship.