Going Back to (Rosenwald) School! 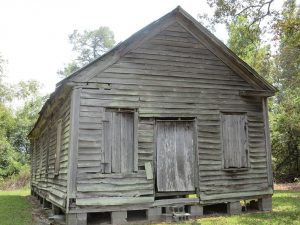 For many children in rural South Carolina, going back to school in the 1920s meant a walk down dirt roads to wood-frame, one-story buildings, oriented to capture natural light because there was no electricity, with three to eight rooms in which children received formal education from 1st to 7th grade. They likely attended a Rosenwald School, one of 500 built in the remote agricultural landscapes of South Carolina under a national program developed by Booker T. Washington of the Tuskegee Institute and Julius Rosenwald, philanthropist and president of Sears, Roebuck & Co.

The National Trust for Historic Preservation said the effort has been called “the most important initiative to advance black education in the early 20th century,” and that attending a Rosenwald School “put a student at the vanguard of education” at the time. African American communities, many of which were some of the poorest in the nation, considered the schools “treasures” that were worthy of investment. Much of the funding from the Rosenwald program paid for half of the cost to build the facility. The community had to raise the other half.

Many Rosenwald Schools in South Carolina are still standing, either in various stages of ruin or as renovated buildings used for other purposes. Others are no longer standing but are memorialized in official state historic markers in their communities. The South Carolina African American Heritage Commission encourages families to imagine going back to school in the 1920s by visiting these historic sites, many of which are documented in the Green Book of South Carolina at this search-link https://greenbookofsc.com/?s=rosenwald.

The Green Book is the state’s first online travel guide to more than 300 African American historic places in South Carolina, and pays homage to the original Negro Motorist’s Green Book that listed safe places for African Americans to travel during the Jim Crow era.

More than 20 Rosenwald Schools and / or the official state historic markers that interpret them are listed in the Green Book’s database, with a brief description of their historic significance and driving directions to reach them.

Places like the old wooden frame Centenary Rosenwald School, which sits in ruin in Marion County, are reminders of a period of substantial social change and progress for the nation’s children. Others like Hope School Community Center, formerly Hope Rosenwald School, near Pomaria, remain iconic places of community identity and pride.

While most Rosenwald Schools served 1st through 7th grade, some were large enough to accommodate up to the 9th grade.  Within these classrooms, the students would sit in rows in order of their grade, with the youngest students sitting near the front. If there were two rooms, the grades would often be split with the first through fourth grade in one room and the fifth through seventh grade in the other. The number of rooms also helped to determine the number of teachers they had. The topics they learned were similar to what’s taught in schools today – reading, writing, arithmetic and grammar. But the method of instruction was starkly different. Most of the lessons were taught by lecture and, instead of smartboards and laptops, the school supply often was limited to a slate and piece of chalk.

Not only are these sites essential elements of South Carolina’s past, they are cultural attractions that evoke a different way of going back to school.