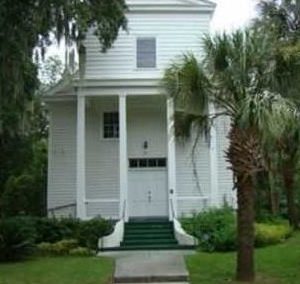 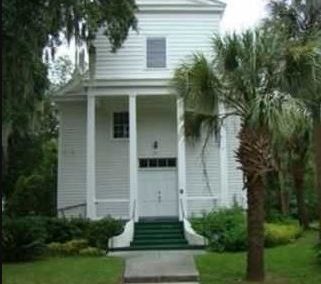 This church, established in 1833, was the first Methodist church in Beaufort and was founded as a mission to slaves and free blacks here and on the neighboring sea islands. The congregation had both black and white members but many more black members in the antebellum era. This church, first built in the “meeting house” form common to the Methodist church, was dedicated in 1849. In 1861, after the Federal occupation of Beaufort and the sea islands, this church hosted a school for Freedmen. Its first black minister was appointed in 1873 during Reconstruction.