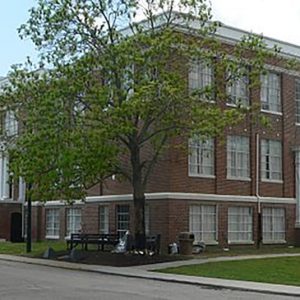 S.C. State University was founded in 1896 as the Colored Normal, Industrial, Agricultural & Mechanical College of S.C., with its origins in the Morrill Land Grant Acts of 1862 and 1890 providing for land-grant colleges.  Intended “for the best education of the hand, head and heart of South Carolina’s young manhood and womanhood of the Negro race,” it became S.C. State College in 1954 and S.C. State University in 1992.  SC State has been called “at least symbolically, the most important educational institution in black Carolina since its founding.”  Between 1917 and 1949 South Carolina State was able to improve its physical plant in spite of inadequate state funding.  The buildings constructed on campus during this period were usually designed by faculty of the college and often built by students.  Historic buildings in the district include: Lowman Hall (1917), Marion Birnie Wilkinson YWCA Hut (1925-1927), Hodge Hall (1928), Home Management House (1928), Mechanical Industries Hall (1938-1942), Miller Hall (1938), Wilkinson Hall (1938), Industrial Arts Building (1941), Power House and Smoke Stack (1945), and Moss Hall (1949).

Students were also active in the Civil Rights Movement of the 1950s and 60s, taking part in sit-ins and the Orangeburg Movement of 1963-64 seeking desegregation of downtown businesses.  In 1968 South Carolina State students’ protest of the segregation of the All Star Bowling Lanes turned into tragedy.  During a confrontation between angry students and local law enforcement, state highway patrolmen fired into a group of students, killing three of them and wounding 28 others.   A monument to the memory of Henry Smith, Samuel Hammond, and Delano Middleton was erected.