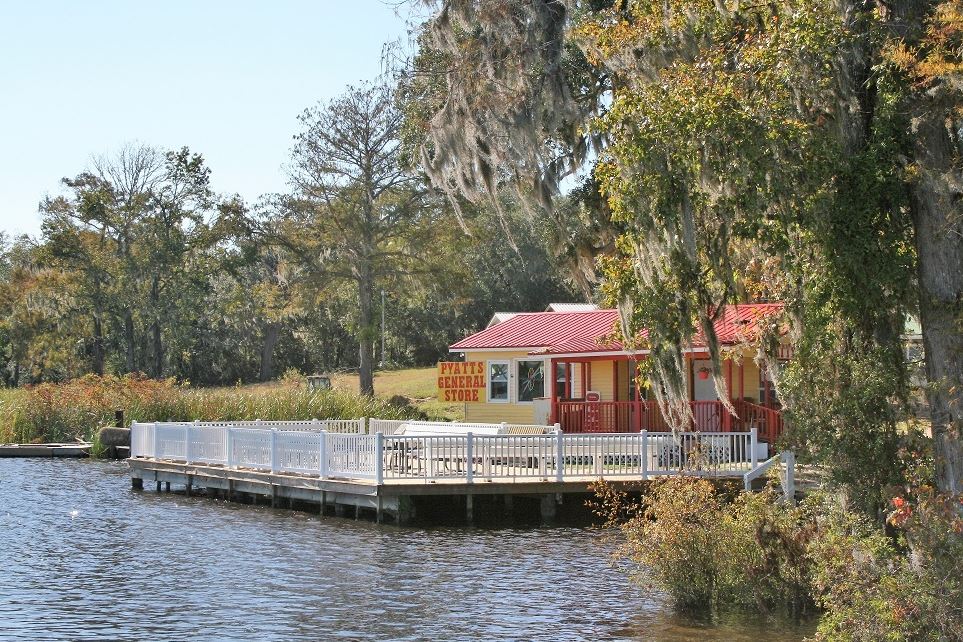 Sandy Island is a Gullah community located on the largest freshwater island in the state of South Carolina. The island is 9,000 acres of prehistoric sand dunes bordered by the Pee Dee and Waccamaw Rivers in Georgetown County, and protected by The Nature Conservancy. The community was founded by a freed slave who had worked on nearby rice plantations. Many of the current residents are his descendants. Because the residents live largely isolated from the influence of the mainland’s modern culture, the Gullah way of life is preserved. The island is accessible only by boat and tours are available only by appointment. Some of the intriguing sites on the island include an old schoolhouse, a bed and breakfast called Wilma’s Cottage, Pyatt’s General Store, and the circa 1880 New Bethel Baptist Church.