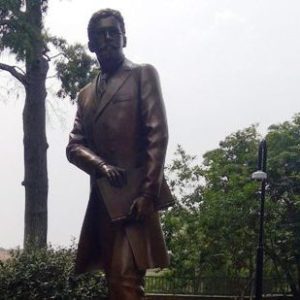 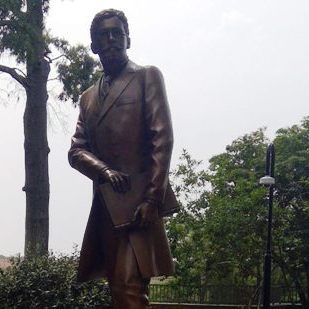 This statue is dedicated to the memory of Richard Theodore Greener (1844-1922), a professor of philosophy, scholar, librarian, and law graduate of the Reconstruction-era University of South Carolina.  Born in Philadelphia and raised in Boston, Greener attended preparatory school at Oberlin College and Phillips Academy.  He was the first African American to graduate from Harvard College and the first African American faculty member at the University of South Carolina, from 1873-1877.  He later served as the Dean of the Howard University Law School, as Secretary of the Grant Monument Association, and as a U.S. consular officer to Vladivostok, Russia.