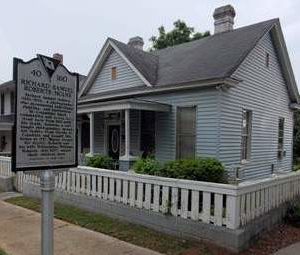 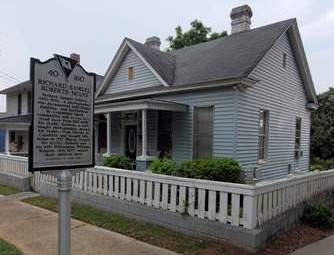 Richard Samuel Roberts, a photographer who documented Columbia’s black community, lived here from 1920 until his death. Roberts, a self-taught photographer, moved his family from Florida to Columbia and bought this house for $3,000. He was a full-time custodian at the main Columbia post office and used an outbuilding on his property for his photography studio. From 1922 to 1936 his studio was downtown at 1119 Washington Street. Roberts often advertised in the Palmetto Leader, the leading black newspaper in S.C. Some of Roberts’ best photographs were published in 1986 in “A True Likeness: The Black South of Richard Samuel Roberts.”