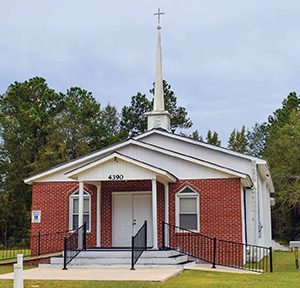 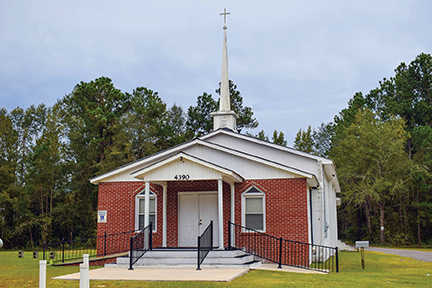 Community leaders met at this church to plan how to proceed with the Pearson v. Clarendon County Board of Education lawsuit in 1947.  At the time, the district provided thirty school buses for white children but none for blacks.  African American children often walked 9 to 16 miles per day to attend school.  The lawsuit was thrown out due to the fact that Levi Pearson, the lead plaintiff, did not pay taxes in the school district.  Shortly thereafter, Harry Briggs and his wife, Eliza, along with nearly 120 other parents and their children submitted a new petition demanding improvements.  Twenty adult petitioners from school District 22 in Summerton were chosen to represent the community.  Their eventual lawsuit, Briggs v. Elliott (1951), was one of the five cases that combined to make the landmark 1954 Supreme Court case Brown v. Board of Education.