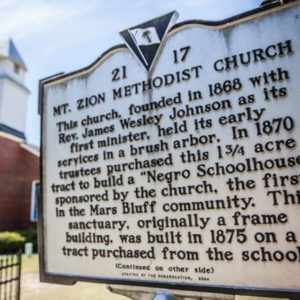 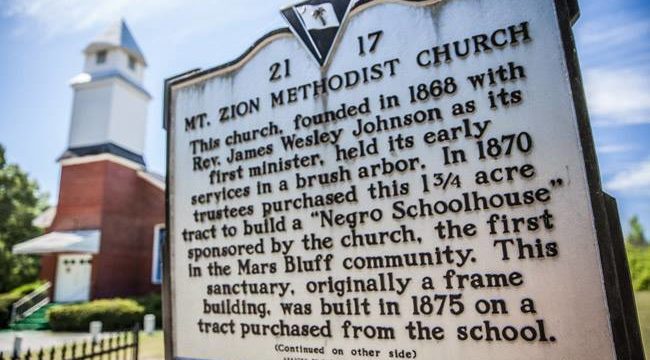 This church, with its origin in a brush arbor where services were held during the Civil War, was formally organized in 1873 with a Rev. B. James as its first pastor.  Col. James D. Blanding sold the trustees a small parcel to build their first permanent church, a frame building, church trustees bought additional acreage in 1883.  The first Mt. Zion Methodist Church burned in 1913.  The present church, also a frame building, replaced the first church. The cornerstone was laid in 1914, later renovations included the application of brick veneer in the 1980s.  Rev. Isaiah DeQuincey Newman (1911-1985), who was pastor of Mt. Zion 1975-1982, was a civil rights activist and state senator 1983-85 and the first African American in the S.C. State Senate since 1886.