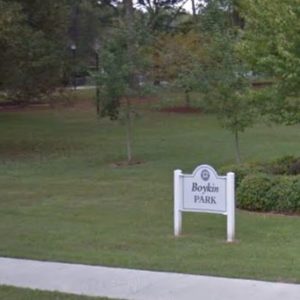 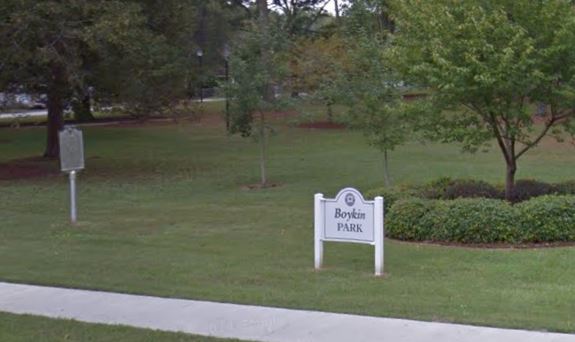 This five-acre park, laid out in the 1798 city plan, features large pine trees reminiscent of the area before the Revolution when Camden was known as “Pine Tree Hill.” In 1912 it was named Monroe Boykin Park for Rev. Monroe Boykin (d. 1904), longtime pastor of Mount Moriah Baptist Church, one of Camden’s oldest African American churches. Boykin, born a slave, was given two acres of land by his former owner on this site after emancipation. In 1866 he and other freedmen withdrew from First Baptist Church of Camden to form a new congregation. In 1912 the city developed a part of Boykin’s land into this park. Marker erected by the City of Camden, 2011.