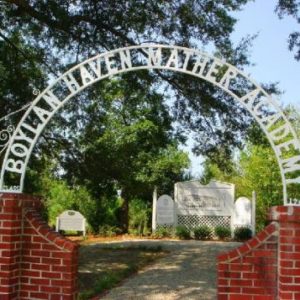 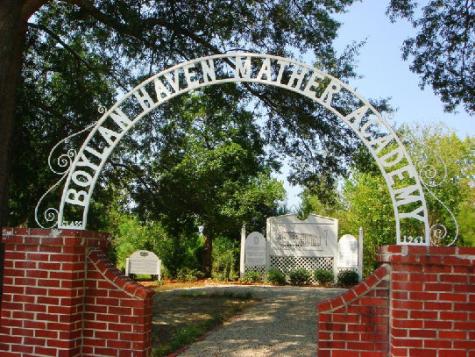 Mather Academy was founded in 1887 by the New England Southern Conference of the Women’s Home Missionary Society of the Methodist Church.  It succeeded a Freedmen’s school opened during Reconstruction by Sarah Babcock, who returned to Massachusetts, married Rev. James Mather, and became the corresponding secretary of the Southern Conference when it organized in 1883.  The Methodists opened a “Model Home and Industrial School” on this site in 1887.  In 1959 Mather merged with the Boylan-Haven School of Jacksonville, Fla. to become Boylan-Haven-Mather Academy. It closed here in 1983 and the last building was demolished in 1995.  Marker erected by the Boylan-Haven-Mather Academy National Alumni Association, 2000.