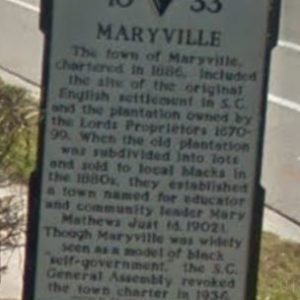 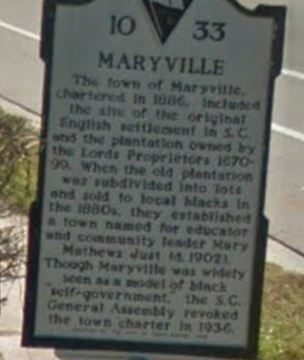 The town of Maryville, chartered in 1886, included the site of the original English settlement in S.C. and the plantation owned by the Lords Proprietors 1670-99. When the old plantation was subdivided into lots and sold to local blacks in the 1880s, they established a town named for educator and community leader Mary Mathews Just (d. 1902). Though Maryville was widely seen as a model of black “self-government,” the S.C. General Assembly revoked the town charter in 1936.