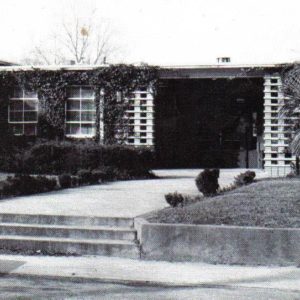 Founded in the early 20th century as Clarendon County Training School, this institution provided both education for black students and advanced training for teachers. The first building, funded by the Slater Fund, burned in the 1920s, and a new one was constructed with assistance from the Rosenwald Fund. That building burned in 1941. It was replaced by temporary structures until a new school was built in 1953 with funds from S.C.’s school equalization program, an attempt to forestall desegregation by improving schools for African Americans. With statewide desegregation in 1970, Manning Training School was consolidated with Manning High School.