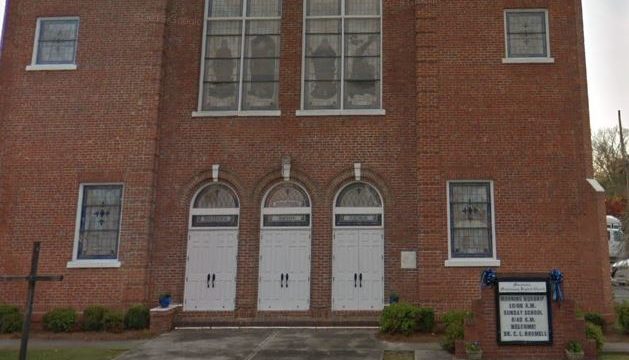 This congregation was founded in 1866, when a group of black members led by Rev. Isaac Brockenton withdrew from the white-controlled Darlington Baptist Church. Tradition says the first meetings of the church were held in the home of Laura Cannon Brown. Brockenton became the first pastor and served until his death in 1908. The congregation’s first sanctuary was located at the corner of S. Main and Hampton streets. This site was acquired in 1922, and the present building was occupied in 1935.