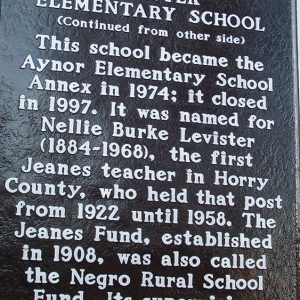 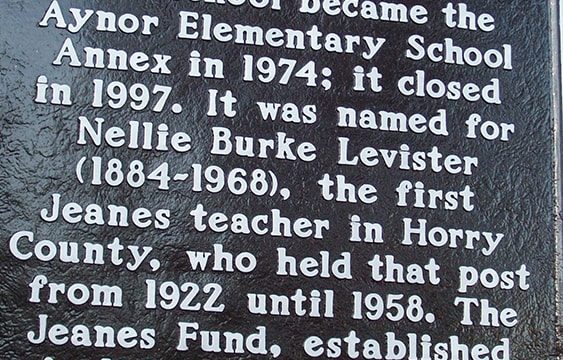 This school, built in 1953, was one of many schools built by the equalization program of Gov. James F. Byrnes, intended to preserve school segregation by building new schools for black students. It was named for Nellie Burke Levister (1884-1968), the first Jeanes (also called the Negro Rural School Fund) teacher in Horry County. The last graduating class was in 1969. This school became the Aynor Elementary School Annex in 1973. It closed in 1997. Marker erected by the Levister Development Activity Center, 2010.