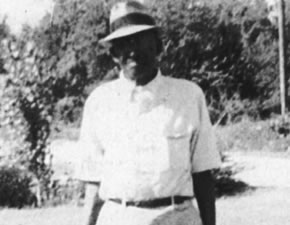 Levi Pearson initiated the fight for equal education by petitioning Clarendon School District 26 to provide bus transportation for African American children in 1947.  When the school district refused, he filed suit.  Pearson filed the suit on the behalf of his neighbors because he owned land and anticipated that the ramifications would be less severe against him.  White business owners retaliated by cutting off his credit at local store and refusing to lease harvesting equipment.  Despite this, Pearson served as president of the newly-formed NAACP branch in Clarendon County.  He eventually left South Carolina for the North because of white intimidation.