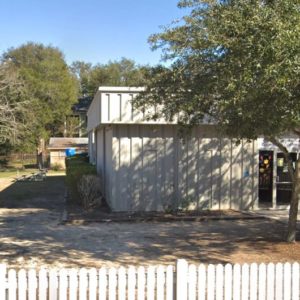 Founded in 1866 by a Quaker who was a Union Army nurse during the Civil War, she housed the school initially in Mount Pleasant Presbyterian Church. The 1868 school was destroyed by the 1886 earthquake and was replaced by a building which eventually became Laing Industrial School. Instruction combined academics with vocational training. The high school remained here until a new school opened on US Hwy. 17 North in 1953 for grades 7-12. That school closed in 1970 due to desegregation. Laing Middle School was housed there from 1974-2009. The state marker sits in front of a community center.