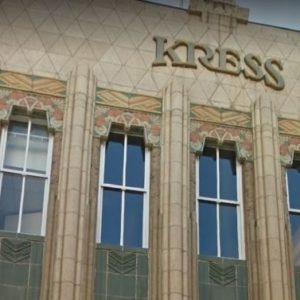 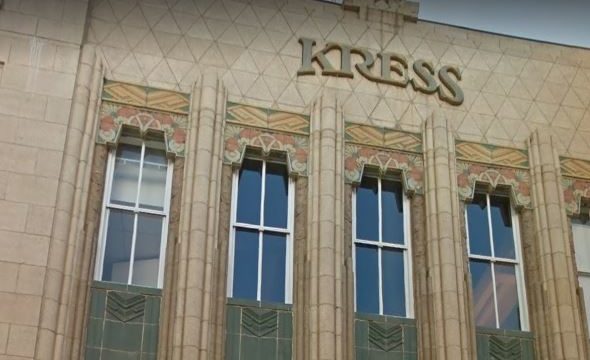 On April 1, 1960, the lunch counter at this former S.H Kress five-and-dime store was the site of the city’s first civil rights sit-in.  Black students from Burke High were denied service but wouldn’t leave.  They were arrested, convicted and fined. Former Woolworth’s and Grant’s stores, also on King St., were other sit-in sites.  This youth-led protest started a broader civil rights movement in Charleston.  Built in 1930-31, the 3-story Art Deco-style Kress closed in 1992.  An H&M dept. store is housed there now, and the state marker is located in the front of the store.