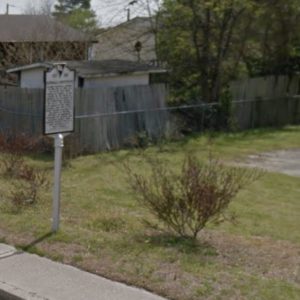 Kendall Institute, founded on this site in 1891, was one of the first black schools in Sumter.  It was funded by the Board of Missions for Freedmen of the Presbyterian Church in the U.S.A.  The institute was named for Mrs. Julia B. Kendall, late wife of Rev. Henry Kendall, secretary of the Board of Missions 1870-1892. It emphasized academics for primary and secondary grades: some students boarded here in a girls´ dormitory or a boys´ cottage.  The pastors of the Second Presbyterian Church of Sumter were also principals of Kendall Institute.  It closed in 1932 after the Presbyterian Church in the U.S.A. stopped funding its Southern parochial schools during the Depression.