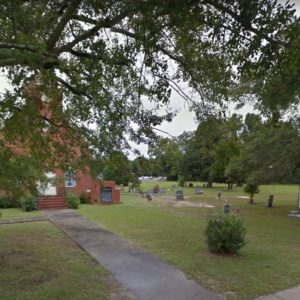 Founded about 1865, John Wesley United Methodist Church was the first black church in Lamar. The congregation built its first sanctuary here about 1866. The first minister, Rev. John Boston, was a Freedman who twice represented Darlington County in the S.C. House of Representatives, in the 1868-1870 and 1872-1874 sessions. He is buried in the church cemetery. The first church burned in 1906 and was replaced by the present Gothic Revival building. In 1916 the church’s trustees donated a half-acre of land for the construction of Lamar Colored School, which later became Spaulding High School.