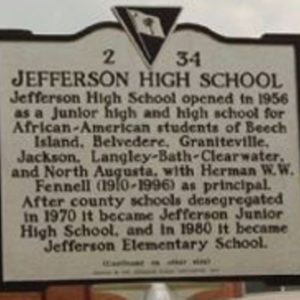 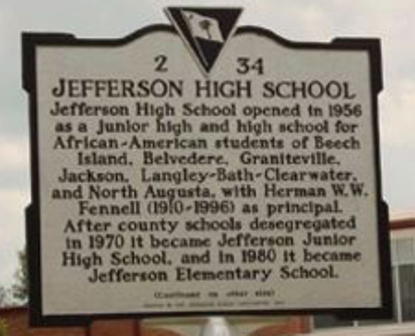 Jefferson High School opened in 1956 as a junior high and high school for African American students of southwest Aiken County. The original portion of this school was built in 1953 as the Jefferson Elementary School, also known as an “equalization school” as part of Gov. Byrnes’ attempt in the 1950s to maintain an equal but separate and segregated school system in SC. This was one of three African American schools in Aiken County named for Rev. Austin Jefferson, Sr. (1881-1966).  The Jefferson Alumni Association erected this historical marker in 2007.