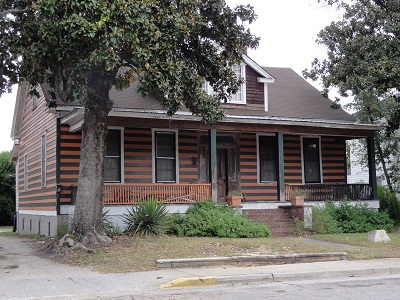 This house was built about 1879 by William J. Heidt, builder and contractor who managed Heidlinger’s Steam Bakery.  The Heidts lived here until 1912. Mary E. Russell bought the house in 1919. Edwin Roberts Russell (1913-1996) spent his early years here.  A research scientist, he was one of the few blacks directly involved in the Manhattan Project to develop the atomic bomb. Educated at Benedict College and Howard University, in 1942-45 Russell helped separate plutonium from uranium at the University of Chicago.  He returned to Columbia to teach at Allen University.