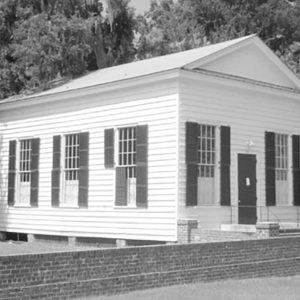 Grand Army of the Republic Hall

Although Beaufort’s black military companies remained active after the Civil War, statewide the “Negro militia” rapidly declined during the 19th century. By 1903, the only units left were two companies in Beaufort. Many black Union veterans lived in the community, and after the war they formed the David Hunter Post #9 of the Grand Army of the Republic, an organization for veterans of the Union Army. Built in 1896, this meeting hall for the post is believed to be the only surviving building in South Carolina associated with the Grand Army of the Republic. It is included in the Beaufort Historic District.