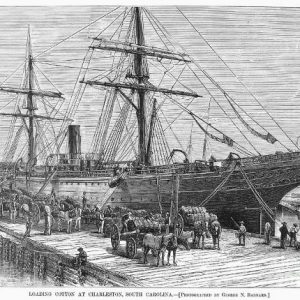 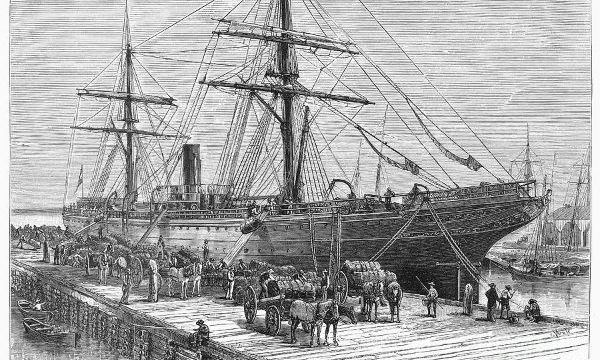 Gadsden’s Wharf is the last and most important disembarkation point for enslaved Africans in North America. Completed in 1772 by slave labor, the wharf was most active between 1783 and 1808 when an estimated 100,000 African men, women, and children arrived and were sold into slavery. The 840-foot wharf, at the time the largest in North America, could accommodate up to six ships at once. It stretched between today’s Calhoun and Laurens Streets and from the harbor to East Bay Street. Visitors to the wharf today will see the South Carolina Aquarium, Gadsden’s Borough Park, the Charleston Maritime Center, and the National Park Service’s visitors’ center from which ferries carry passengers to historic Fort Sumter. There are a series of waysides that interpret the historical significance of Gadsden’s Wharf, the work of the noted blacksmith Philip Simmons, and contributions of the civil rights activist Septima Clark. Gadsden’s Wharf is the future home of the International African American Museum, currently in the planning stages. See more at this video.