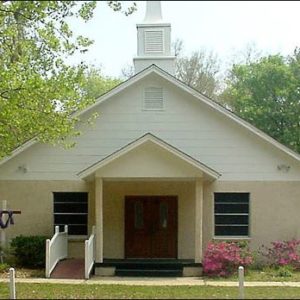 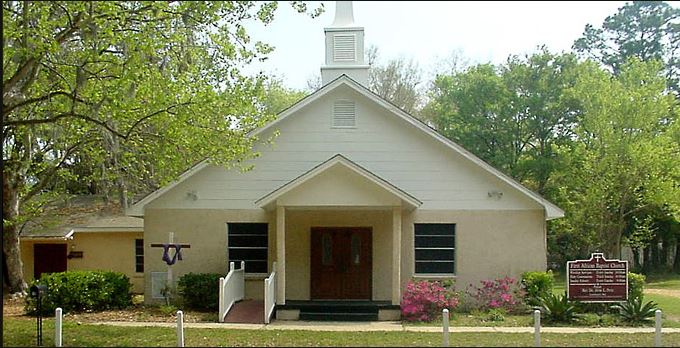 This church, founded in 1862, was originally the church in the town of Mitchelville, a Freedmen’s village established on Hilton Head by the United States Army. Rev. Abraham Murchinson, its first minister, was a former slave and the church had about 120 members when it was organized in August 1862. The church moved to the Chaplin community after the Civil War and was renamed Goodwill Baptist Church. It moved to this site by 1898 and was renamed Cross Roads Baptist Church before retaking its original name. The present church was built in 1966.