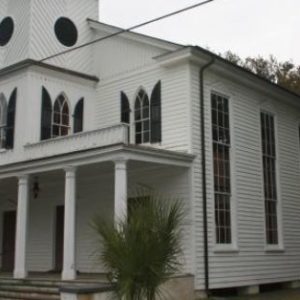 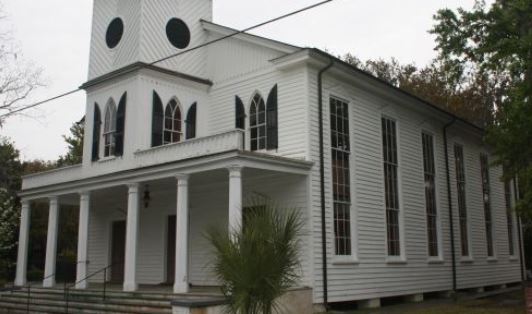 This church, founded in 1865, grew out of an antebellum praise house for black members of the Baptist Church of Beaufort. During the Civil War, after the Federal occupation of the town, it hosted a school for Freedmen. Rev. Arthur Waddell (1821-1895), organized the church with two fellow black ministers in 1867. Robert Smalls (1839-1915), Civil War hero, state legislator, and U.S. Congressman, was its most prominent member.