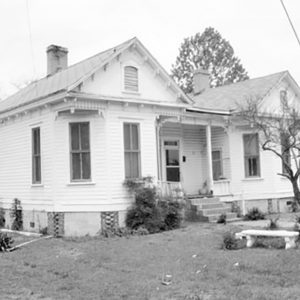 A native of Sumter County, Edmund H. Deas moved to Darlington in the 1870s and became a prominent force in local politics. He remained active in the Republican Party long after the end of Reconstruction, serving twice as the party’s county chairman and four times as delegate to the Republican National Convention. He ran for Congress twice, in 1884 and 1890. He served as Deputy Collector of Internal Revenue in South Carolina—a choice federal appointment—from 1889 to 1894 and again from 1897 to 1901. He purchased this house in 1905 and lived here until his death in 1915.