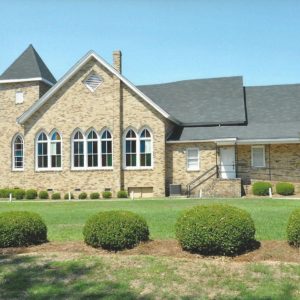 This church was founded about 1869 by Mary Scott “Aunt Mary” Harvin and held its first services in a nearby brush arbor. In 1881 church trustees purchased a one-half acre lot here for $35.00. The present building, constructed in 1901, was described as “enlarged and beautified on a very modern style” when two towers, a gallery, and anterooms were added in 1912. On April 20, 1949, plaintiffs in the suit that became Briggs v. Elliott met here. This was one of five school desegregation cases that the U.S. Supreme Court decided as Brown v. Board of Education (1954).