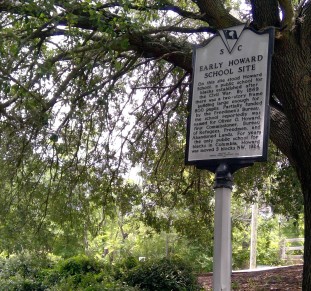 On this site stood Howard School, a public school for blacks established after the Civil War. By 1869 there was a two-story frame building large enough for 800 pupils. Partially funded by the Freedmen’s Bureau, the school reportedly was named for Oliver O. Howard, first commissioner, Bureau of Refugees, Freedmen, and Abandoned Lands. For years the only public school for blacks in Columbia, Howard was moved five blocks NW in 1924.