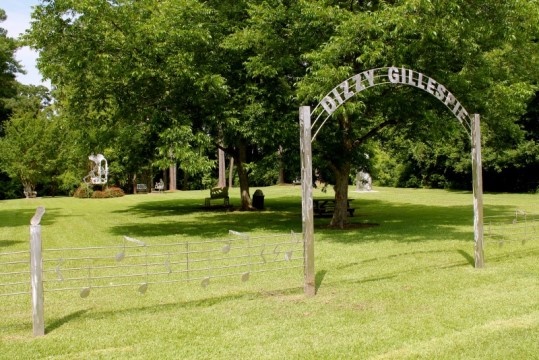 John Birks “Dizzy” Gillespie (1917-1993), a founder of modern jazz, was born in a house on this site. He lived here until 1935 when his family moved to Philadelphia. An innovative trumpeter and bandleader, he was known for his bent horn, bulging cheeks, humor, and showmanship. With compositions such as “Groovin’ High,” “Salt Peanuts,” and “A Night in Tunisia,” Gillespie helped create the bebop style that revolutionized jazz in the 1940s. He played concerts in dozens of countries, earning him the nickname, “the Ambassador of Jazz.” He received both the National Medal of Arts and the Kennedy Center Honors.

YouTube video of Dizzy Gillespie performance of “A Night in Tunisia.”