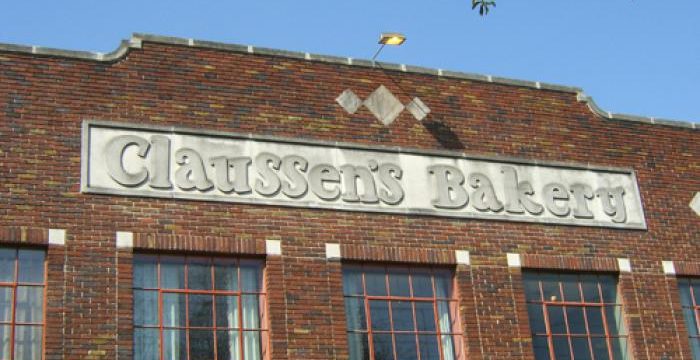 In February 1967, 22 African American employees went on strike to protest discrimination in hiring and promotion practices at the company. The Greenville branch of the NAACP called for a boycott of Claussen baked goods in protest. Jesse Jackson, then working as director of SCLC’s Operation Breadbasket, helped bring Rev. Martin Luther King Jr. to Greenville (April 30, 1967). King preached economic justice and support for the Clausen workers who “had been called boys…then they stood up like men.”

This historical marker was sponsored by Afro-American Historical and Genealogical Society, the Greater Sullivan Neighborhood, and the Greenville Branch of the NAACP, 2016.