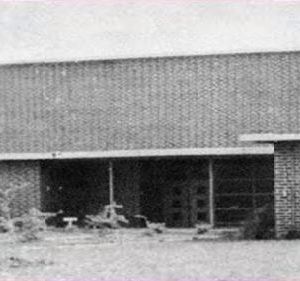 Located on this site from 1954-1970, this school was built under the equalization program of Gov. James F. Byrnes which intended to preserve segregation by building new schools for black students. Named in honor of Horry County educator J.T. Chestnut (1885-1967), it consolidated schools in several northeastern Horry County communities. The one-story brick building was demolished in 1995.