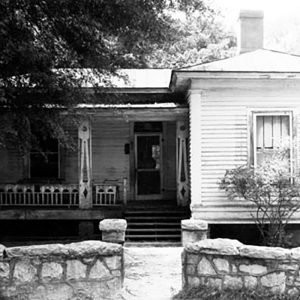 Charles H. Duckett built this house c. 1892 and lived here until his death in 1942. He was a carpenter, contractor, and lumber dealer in Laurens and owned the only lumberyard there for many years. The house demonstrates Duckett’s skill in carpentry and construction. Duckett also operated a funeral home and was active in civic affairs and in the Bethel AME Church. Upon his death the Laurens newspaper credited Duckett with being “the only Negro in the southern states who operated a retail lumber business” and called him “the city’s most outstanding colored citizen.”