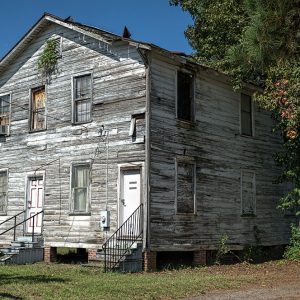 The Historic Markers sponsored by the Heritage Council of North Augusta in 2014 honors the African American community that was established in 1930 after two floods on the Savannah River washed away most of the town of Hamburg. That town had become a predominantly African American community after the Civil War and was most likely named for Charles W. Carr of the American Red Cross or for William Carpenter, an African American businessman, both of whom gave lots for new homes here to families displaced by the flooding.