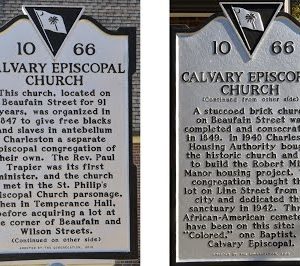 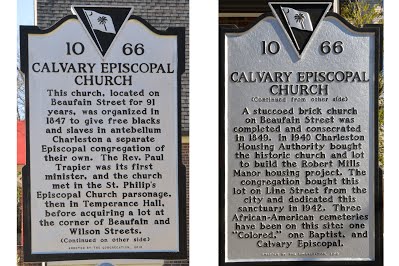 This church, located on Beaufain Street, was organized in 1847 to give free blacks and slaves in antebellum Charleston an Episcopal congregation of their own. The church acquired a lot at the corner of Beaufain and Wilson Streets where the stuccoed brick church was completed and consecrated in 1849. In 1940, the Charleston Housing Authority bought the historic church and lot to build the Robert Mills Manor housing project. The congregation bought the lot from the city and dedicated this sanctuary in 1942. Three African American cemeteries have been on this site: one “Colored,” one Baptist, and one Calvary Episcopal.