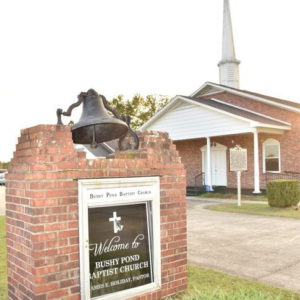 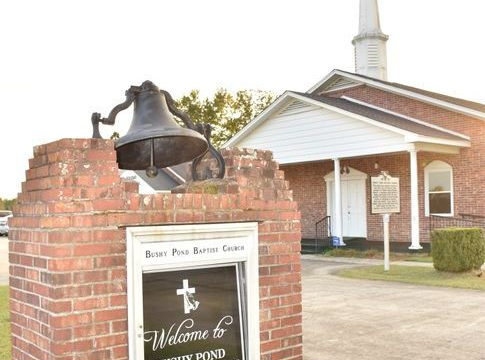 This church was organized during or just after the Civil War by black members of Willow Swamp Baptist Church, a combined congregation of whites and blacks before the war. In 1869-70 members received formal letters of dismissal to organize their own church. They named it Bushy Pond for the brush arbor they built nearby for their first services and for the pond close to it. In 1905, the congregation built its first permanent church, a frame Gothic Revival sanctuary, on this site. The church also sponsored the Bushy Pond School, built nearby. The present brick church was dedicated in 1974.