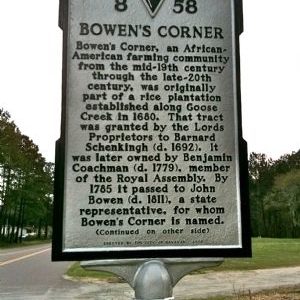 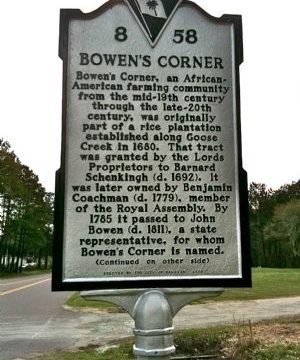 Bowen’s Corner, an African American farming community from the mid-19th century through the late-20th century, was originally part of a rice plantation established along Goose Creek in 1680. By 1785, the property was acquired by John Bowen, a state representative. Bowen and later absentee owners through the antebellum and post-Civil War era often employed slaves and freedmen as overseers or managers, giving them an opportunity to work toward self-sufficiency. “Bowen’s Old Place” was subdivided into small farms after the war. By 1936 the Bowen’s Corner community was centered on Bethel AME Church and Bowen’s Corner School.