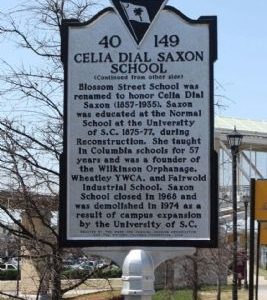 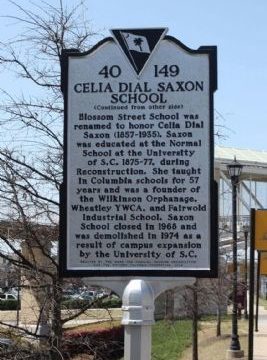 At the corner of what was then Blossom & Gates (now Park) Streets the school was built in 1898 as the first public school in Columbia south of Senate Street. A frame building, it was originally a school for white children. Blossom Street became a school for black children in 1929 and was renamed Celia Dial Saxon School in 1930. Saxon was educated at the Normal School at the University of SC during Reconstruction. She taught in Columbia schools for 57 years. Saxon School closed in 1968 and was demolished in 1974 as a result of USC campus expansion.