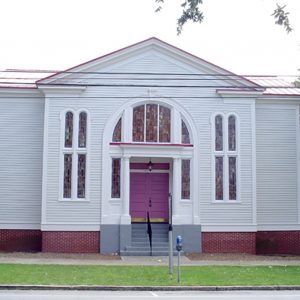 Built before 1910, the House of Peace Synagogue was located 100 yards to the south of its present location.  The building became home to a popular African American nightclub known as “The Big Apple” after being sold and moved.  Nightclub regulars sparked a national dance craze with this same name that was later immortalized in a song by musician Tommy Dorsey.