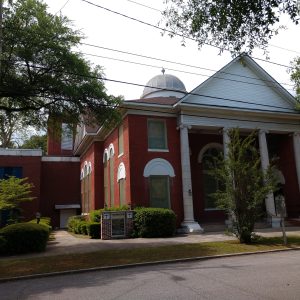 Organized shortly after the Civil War with Rev. Edward Rhue as its first pastor, Bethesda Baptist Church purchased this site by 1867. Construction of this sanctuary began in 1922 during the pastorate of Rev. A. W. Puller and was completed and dedicated during the pastorate of Rev. G. Going Daniels in 1927. Rev. W. A. Johnson served as Bethesda´s pastor from 1956 until his death in 1995.