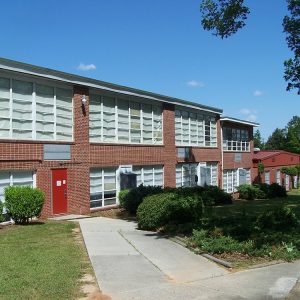 Built in 1926, Bell Street School was the second school built on this site for African Americans.  The first was Friendship School, founded in 1883 by the Friendship AME Church.  Roughly a decade later, Bell Street School became the first black high school in Laurens County to earn its accreditation.  It was converted into an elementary school when the county built a new high school.  The school was renamed Martha Dendy Elementary, in honor of the mother of principal David Dendy, in 1960.  The school closed in 2008.