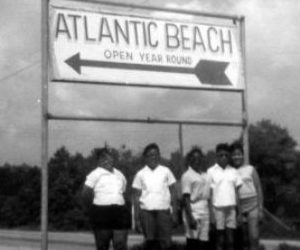 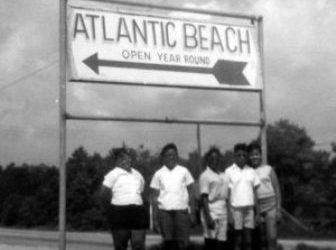 Atlantic Beach–nicknamed “The Black Pearl”–was an oceanfront community for African Americans who were denied access to Myrtle Beach and other leisure sites due to segregation.  Established around 1934, it soon became one of the most popular beach resorts along the Eastern Seaboard for black travelers.  Atlantic Beach hotels, nightclubs, restaurants, shops, and its pavilion were popular destinations for locals and visitors of all ages.  The beach saw fewer visitors after desegregation.  Chartered in 1966, the town of Atlantic Beach is one of a few black-owned oceanfront communities in the United States.

Marker erected by the Atlantic Beach Historical Society in 2005.