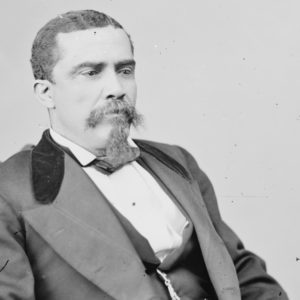 In 1869, this became the home of Alonzo J. Ransier who served in the SC legislature 1868-1870, as SC lieutenant governor, 1872, and in Congress, 1873-1875. Born a free African American in Charleston in 1834, he criticized political corruption while he was a legislator. Ransier was also the associate editor of the South Carolina Leader and secretary of the black-owned Enterprise Railroad. His fortunes declined in the late 1870s, and tragically, Ransier was living in a boardinghouse and working as a day laborer a decade later. Today, this is a private residence.